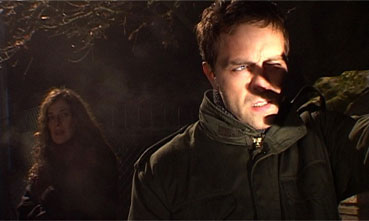 A few days before Christmas, Toma returns to Berlin. His relationship with Marie has completely broken down. But then he is injured in an assault, and the two grow closer again. They decide to give their love another try and go travelling. Toma surprises Marie by suggesting they visit his oldest friends, Paula and Jo, who live out in the sticks in Italy.

Contrary to Jo, Paula doesn’t seem pleased at all with their unexpected arrival and barely manages to hide her disapproval. Soon after arriving, Toma happens upon a strange ritual taking place in the cemetary chapel – and to his surprise finds both his friends among the participants …

24/7 THE PASSION OF LIFEIN MY FATHER’S DEN