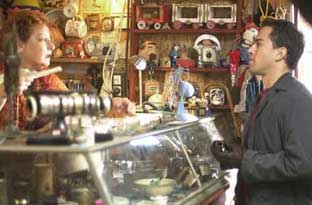 Leeanne, a strong but world-weary 20-year-old single mother, sits on a hot train with her one-year-old, half-Samoan son Sam. It’s her mother’s birthday and Leeanne and Sam put up with the heat to visit her in Wainuiomata. But her religious mother refuses to accept the child born out of wedlock in spite of her father’s best efforts.

Meanwhile, Leeanne’s criminally-inclined brother Brent encounters a problem. Brent’s method is to knock on a door pretending to be a student or a Bible salesman, then rob the house when he finds nobody home. This day, an unsuspecting victim, Ulla, returns home during the robbery. Brent panics and sends her plummeting down the steps. Ulla ends up in hospital with a broken neck, paralyzed, totally dependent on nurses and visiting family members …