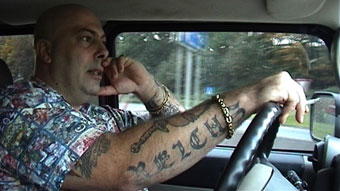 Frank the pimp has created an isolated world far, far away from his nudists’ club. He lives with his girlfriend Nadine and numerous pets in his little hideaway in an old, converted farmhouse in the middle of nowhere.