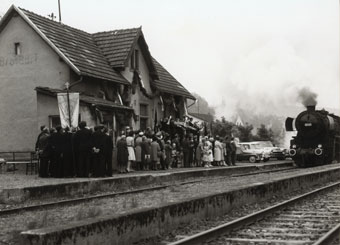 During and soon after the war, Johanna, the owner of a cinema in a small town in the Ruhr valley, brings up her two children alone, her husband, an architect, has been taken prisoner by the Russians. In his absence, Johanna has a relationship with the French labourer and former fairground wrestler André. Ten years after the war, her husband returns as a broken man. She still has to look after herself but now has a sombre and frustrated husband to care for, too. Her desire drives her to France, in search of André …