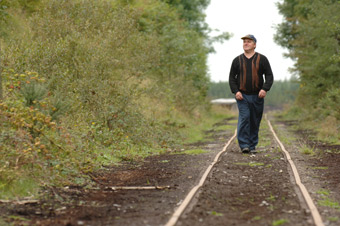 Regarded by his neighbours as a harmless misfit, Josie has spent all his adult life running a crumbling petrol station on the outskirts of a small town in the mid-west of Ireland. He is limited, lonely, yet relentlessly optimistic and, in his own peculiar way, happy. But then a young apprentice starts working in the petrol station and Josie’s life is thrown out of kilter …