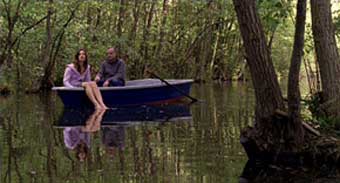 To take care of his father’s estate, Ulrich Meinert has to go to a trailer park where his father used to live. He finds himself in a camping colony in eastern Germany which stirs up mixed feelings. Although he felt a lot of resentment towards his father, days go by without him taking care of any unsettled business. Instead, he starts to get involved with Anja, takes on one of his father’s old friends and settles into his father’s trailer. Against his own wishes, he starts to fill the void his father left behind …