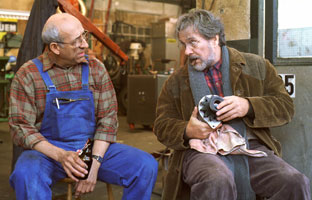 Heinrich Lutter is unemployed and lives with his two sons, Mike and Günni, in Köln Ehrenfeld. Both boys need his undivided attention: Mike has a criminal record, Günni is handicapped from birth. Heinrich’s only fun in life is his camper which for him holds the promise of freedom and a better life in Italy. Then his dream on four wheels is confiscated by the local authorities.

But he refuses to be deterred, refuses to give up his hopes of getting back what’s legally his and making his dream come true. Mike’s very different ideas on life and his criminal wheelings and dealings put the tentative rapprochement of father and son to a hard test …