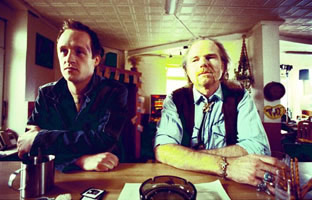 The last few years, Peter has devoted all his time to computers and to cracking access codes, completely losing touch with reality. It even passed him by that Julie’s, his lover’s, tablet addiction has grown beyond control. One morning, he finds her lying dead in the bathtub.

Paralyzed by shock, he leaves Berlin in a trance. Chance takes him to Cologne. He lives a life in the shadows, hanging out in a run-down pub. From there, Peter watches the people living in the dilapidated neighbourhood. Without being noticed, he slips into the strangers’ flats, using them as inconspicuous retreats. Again a secret invader – though in very real terms, this time -, he’s protected from the memories that haunt him and the faces his guilty conscience conjures up. Slowly he finds a way to really communicate with others, to feel real sorrow.