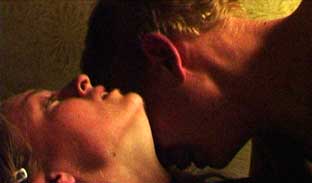 Having been away for five years, Marko returns to his home town – allegedly to visit his sick mother. But in truth, he wants to see Anja and to ask her forgiveness. Marko did to Anja what his father had done to him. The inhabitants of the isolated village aren’t happy to see him back. They even assault him physically to make him leave. He, however, wants Anja to forgive him and to leave the haunted village with him. But over the years, she’s become a part of the small society that people aren’t willing to give up that readily.