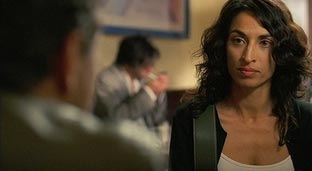 Alexander Kamenski is senior superintendent at police station no. 4 in Berlin-Kreuzberg, foreigners’ office. For the last 15 years he’s been on the beat in his quarter tracking down “illegal residents”. Whenever a suspect has no residence permit, Kamenski initiates their deportation. Last year alone he discovered well over 1000 “illegal persons” and “treated” them to a free flight back home. Kamenski’s always on duty, a meticulous, lonely officer who has nobody waiting for him at home. His job has long since become his prison. Until one day he meets a mysterious women who shows him an opening.