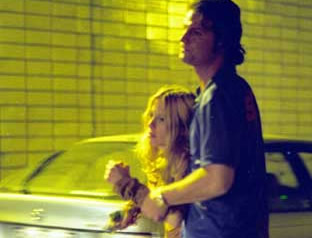 Hotte is a small-time pimp in Charlottenburg who wants to rise up in the underworld’s ranks. As reinforcement for his wife, Rosa, and his friend, Yvonne, he buys a third floozie: Jenny. At first, things seem to work out well, money comes pouring in. His life is as good as the music he hears in his open Jaguar. But then he gets caught between his emotions and the demands of pimping. Yvonne stops working. Jenny ditches him. Life becomes unpleasant for Hotte. With Elvira, a hair dresser, he tries a new start. But he fails desperately. His soul grows darker by the day. “Perhaps you’re paying for no longer believing in love?” Then, by chance he meets up again with Jenny …