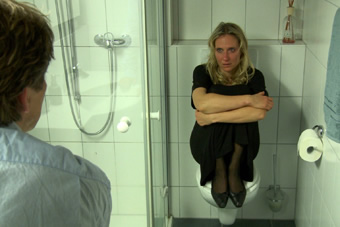 Fritz is inspired and possessed by his work as a heart surgeon. His wife Lena urges him to take a vacation. They travel to the north of Thailand, where they visit one of Fritz’s former colleagues who administers urgently needed medical care to refugees in a remote camp near the Burmese border. Bewildered and deeply moved by the conditions there, Fritz decides to stay on for a while, while his wife returns back home to their children in Switzerland.

Fritz looks after the people in the camp with dedication. He is confronted with a totally different reality and immerses himself in this new, unknown world. While his life in Switzerland increasingly takes a backseat, he meets Say Paw, a Burmese refugee who has committed herself to collecting and writing down the experiences of other refugees.

Torn between two worlds, Fritz is sucked into a whirlpool of emotions. He has to find out what he as an individual can really achieve. He finds an unconventional solution that will profoundly change his and his family’s life in Switzerland.