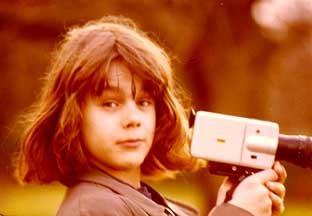 This documentation shows Tom Tykwer as a filmmaker but also as a passionate movie goer, revealing a person who loves the movies, found others feeling the same and who has enriched the movies with his films. IM FREIEN FALL talks about taking delight in the movies and films, a delight that serves as key to Tom Tykwer’s work but at the same time questions what cinema can mean for other filmmakers.

The documentation offers an insight into Tom Tykwer’s cinematic universe, describes the paths that led him there, the time in which the films were made and mirrors its importance for Tykwer and all those involved then and now. It’s not just Tykwer’s own films that are addressed but also those that moulded and impressed him as a filmmaker and a person and which are found in his own films, be it plainly, be it as a mere hint.