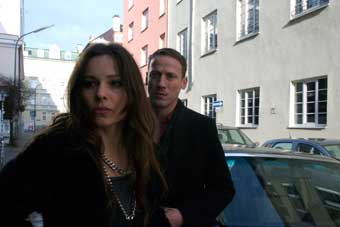 Dr. Frick heads up the psychiatric station at a clinic. With his wife Anna, he has a 12-year-old daughter who is suffering from a genetic disease. Anna has a hard time dealing with their daughter’s illness, and the fact that Frick devotes all of his free time to their daughter doesn’t help their marital problems. He seeks an escape more and more in his professional duties.

Responsibility and moral are foreign words to the cocky Christoph. Superficial and narcistic, the event manager thinks he is in the fast lane. His girlfriend Sarah suffers from their chaotic relationship and breaks up with him. Soon after, she meets Ben, a caring man. When Ben gets his dream job as a photographer, they are separated for a few weeks. Neither realizes that Sarah is pregnant …