IN MY FATHER’S DEN 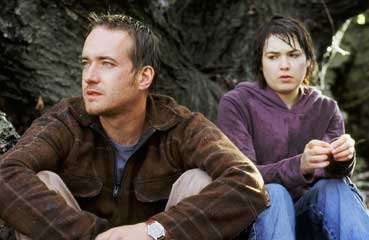 When his father dies, Paul Prior, a disillusioned and battle-weary war photographer, decides to return home to an isolated land-locked town in New Zealand, and faces the past he left behind. To his surprise, he also finds 16-year-old Celia, the daughter of his first girlfriend, who hungers for the world beyond her small town.

But many, including the members of both their families, frown upon the friendship between Paul and Celia, and when she goes missing, Paul becomes increasingly persecuted as the prime suspect in her disappearance. As the violent and urgent truth gradually emerges, Paul is forced to confront the family tragedy and betrayal he ran from as a youth, and to face the grievous consequences of silence and secrecy that has surrounded his entire adult life.