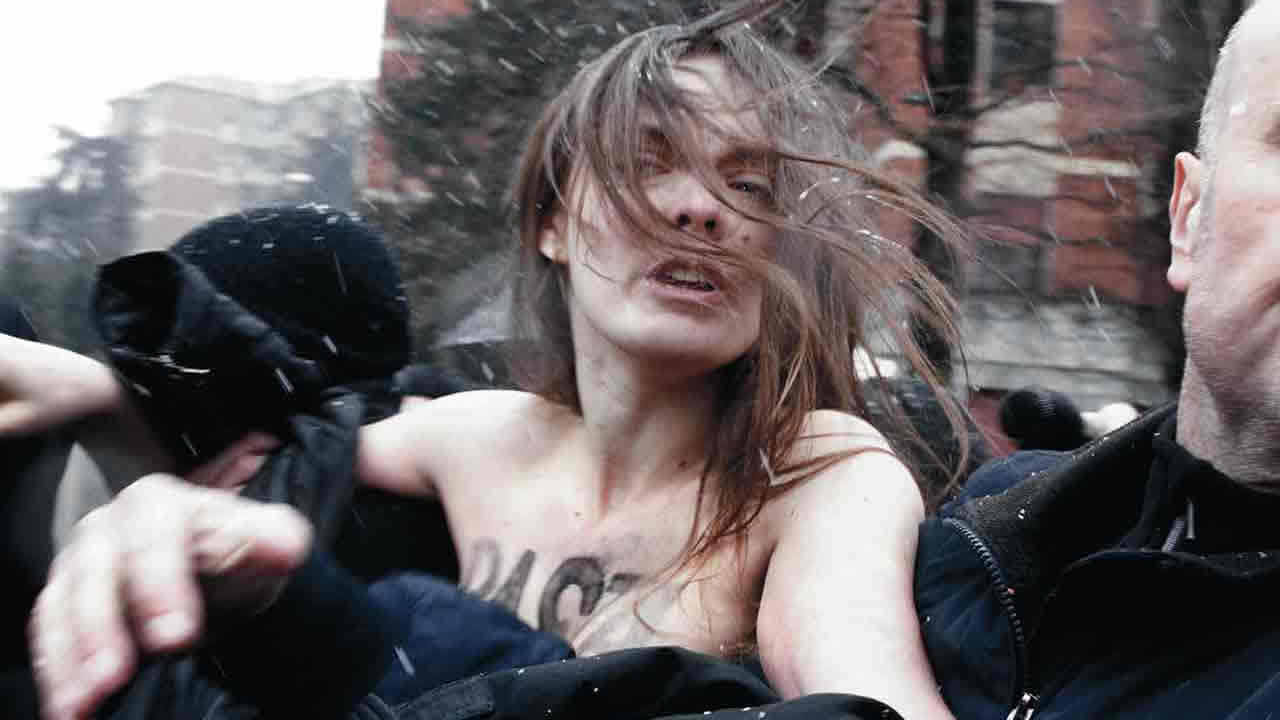 Strong, intelligent and feisty – that is Oxana Shachko. As a young girl she painted sacred images and wanted to join a convent. Now she lives out her manifold artistic talents as a FEMEN activist. Oxana is one of the founding members of this Ukrainian feminist movement which became internationally known through its provocative campaigns and topless protests. Today, FEMEN women are active in many countries throughout Europe and vociferously express their ideas and concerns – with unrestrained energy, creativity, and desire to change the world.