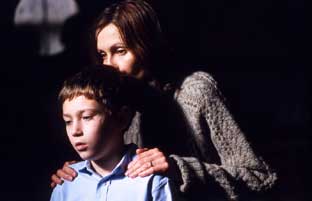 Helen lives in London with her father and her kids. John, her husband, is an aid-worker in Eastern Europe. He has been gone for many months, and Helen is desperately waiting for his return. One morning, taking the kids to school, she is killed in a car accident. She remains caught in limbo, trapped between life and death. Many miles away, in war-torn Eastern Europe, John is unaware that his wife has died. As Helen herself is unaware that she is dead.

Thus begins a three-day odyssey: Grandpa and the kids have to come to terms with Helen’s death; John travelling across a war-torn country trying to get back home; while Helen has to look on her loved-ones’ plight and to watch helplessly as her own existence comes back to haunt her.