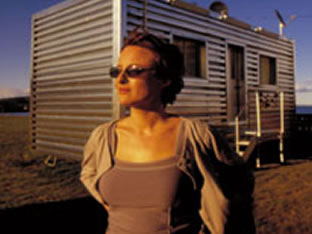 Alice is a high-tech Canadian seismologist more obsessed by earthquakes than heartaches, avoiding any potential chaos in her life by concentrating on scientifically explaining — and even predicting — the tremors and quakes of the earth. Leaving her new life in Tokyo, she returns to her hometown Baie-Comeau in a small bay in Northern Quebec, to research a strange occurrence: for the past week, the tide has stopped; the locals now play golf on the sand bank where water once flowed. As soon as she sets foot in Baie-Comeau, the scientist’s mission takes an unexpected turn …