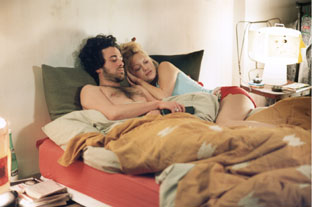 Isabel Walker, a young Californian, arrives in Paris to visit her pregnant sister, Roxeanne, “Roxy”. A darkly romantic poet, Roxy has just been jilted by her scoundrel husband, Charles-Henri de Persand, and it appears they are headed for “le divorce.” Meanwhile, Isabel leaps into l’amour with a married French diplomat who happens to be the uncle of Roxy’s soon-to-be-ex.

As scandal ensues, the American idealism and irrepressible spirit of the Walker sisters comes up against the French sophistication and stubborn rationalism of the Persand family. Complicating the two families’ relations is a painting in Roxy’s possession that is discovered to be worth millions of dollars. And then, quite suddenly, a crime of passion disrupts all the scheming and culture clashes – and opens up new possibilities for understanding.