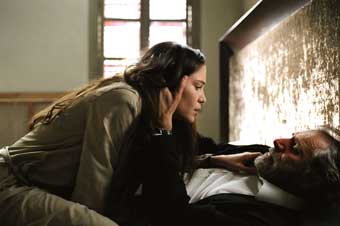 In many ways, Jara’s life is perfect: she’s happy in her marriage and in line for a university career, she lives in a wonderful apartment and can rely on her family who stick together despite the odd difficulty. But when she gets to know Arie, a friend of her father’s who’s many years her senior, her world falls apart, she becomes a slave to his fascinating eroticism and confounding attractiveness. Hungry for life and curious, she falls for the excesses of an amour fou that breaks down all barriers of her earlier life. And so she not just finds out that her parents have a secret that Arie is the key to, but also that no love, no man alone can determine her life …