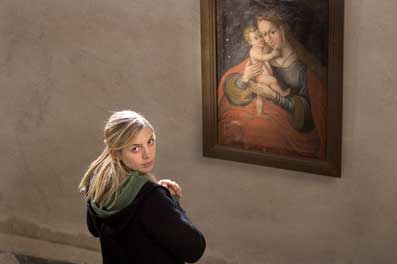 Markus Lenk, in his early thirties and declared dead by his family, returns to Neusorge where he spent a loveless childhood. All he wants is to make the mute organ in the church Maria am Wasser ring out again. He meets up with his stern mother, Maria, who once again does not behave like a mother. With his confused father, Hannes, who has nothing left to do but write the chronicle of his wrecked life. With Reverend Konrad, his father figure, who guards a dark secret. And with the young Czech, Alena, in whom he’ll fall madly in love.