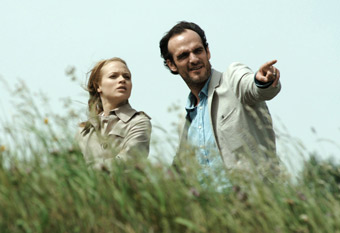 Marmorera is the name of a small mountain village that was flooded during the 1950’s, when a dam was built to provide hydroelectric power for the city of Zurich. Newly-wed Dr. Simon Cavegn, whose family originally came from Marmorera, takes his lovely wife Paula to the village to show her his hometown, which has been relocated to the mountainside.

But with Simon’s return the sunken town’s restless spirit comes back to life and brings a gorgeous but mute young woman to the surface of the lake. While the mysterious woman is hospitalized and committed to Simon’s care, the remaining citizens of old Marmorera and their descendants begin to die, one by one, in horrible and bizarre accidents …