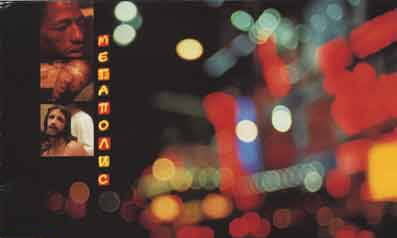 In twelve chapters, the film tells of Shankar, the bioscope-man, of Modesto, the chickens’ legs vendor, of Babu Khan, the colourman, of Nestor, the dustman, of the streetkids Oleg, Borja, Kolya and Mischa, of the actress, Cassandra, of Larissa, the crane driver, and of Toni, the hustler. They all are human beings who cope with their lives by means of imagination, wit and dignity. And they all share the same illusion: That one day their lives will be better. It’s a film about work, poverty, violence, love and sex – a film about the beauty of human beings.