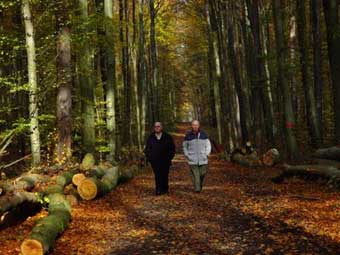 Menachem and Fred used to be called Heinz and Manfred Mayer. In 1938, their family was deported to the South of France and detained in the concentration camp Gurs near Oloron-Sainte-Marie. The two sons were put into a French state orphanage. The father told Manfred it was his duty to take care of his younger brother. At the time, Heinz was nine and Manfred was twelve. They were never to see their parents again. After the war, the two brothers followed completely different routes of survival – while Fred tried to hide his Jewish-German heritage and became an American citizen, Menachem discovered a nationalistic, religious life as an Orthodox Jew in Israel. For many years they denied each other’s existence until the letters their parents sent them from the concentration camp while they were in the orphanage brought them together again.