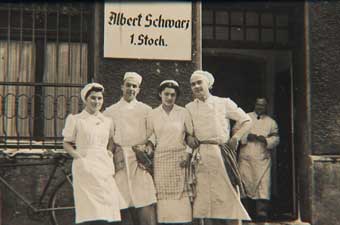 All German citizens profited from the disappropriation of the Jews. It wasn’t the Gestapo who forced their way into Jewish homes to confiscate everything, from bank accounts to their last shirt. It was the German tax collectors. A bizarre competition developed among the officials about just how to organize the robbery of the Jews, before running them off or sending them to the gas chambers. The large part of everything went to the tax authorities, smaller bits of the non-Aryan possessions were auctioned off to the dear neighbors.