MIKE FIGGIS – THE SEDUCTION OF THE EYE 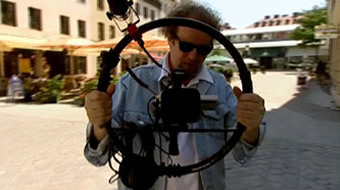 The outcome is the longest interview Mike Figgis ever gave. Mike Figgis – musician, actor, photographer, scriptwriter, stage director and filmmaker – has created an extensive list of projects His most popular film undoubtedly is LEAVING LAS VEGAS that won him two Academy Award nominations. But time and again Figgis evaded the economic pressures of Hollywood to pursue his experimental modes of storytelling and to make great films such as TIMECODE and HOTEL as well as numerous documentaries. His is a tremendous inner freedom of thought, far more so than with any other filmmaker. Where does it come from and how does it manifest itself?