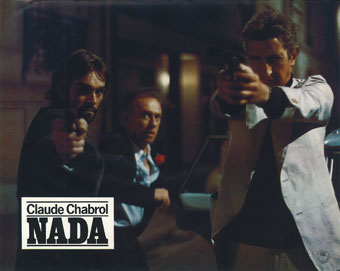 Nada is a small leftwing terrorist group made up of six people from very different backgrounds. Diaz, the most militant of the group, plans to kidnap the American ambassador Richard Poindexter, in a bid to draw attention to their cause. They succeed in kidnapping Poindexter from a luxury Parisian brothel and spirit him away to a remote farmhouse. However, while fleeing the operation goes wrong and a policeman is shot.

Waiting in their pastoral hideout for an answer to their demands, they slowly realize that the police chief assigned to the case puts the elimination of the terrorists way above rescuing the ambassador …