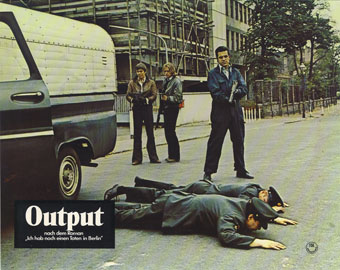 Gorski, a film director, and his script writer Benjamin are working on a detective movie. Researching in detail, they come up with a plan for the perfect robbery and, rather than turning it into a film, they decide to carry it out. And so they rob a money transporter carrying the weekly pay of the GIs stationed near Berlin. And they really manage to pull off the coup …