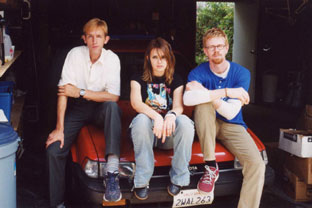 Laxe is very popular as a policeman in the Berlin neighbourhood Märkisches Viertel. Hardly anyone, however, knows that he’s obsessively jealous and tends to beat up his wife, Manuela. One day, he goes too far: Manuela ends up in hospital. Laxe is suspended from work. To get a grip on things, Laxe flies to San Francisco to visit his brother, Walter, who’s been living there for more than ten years.