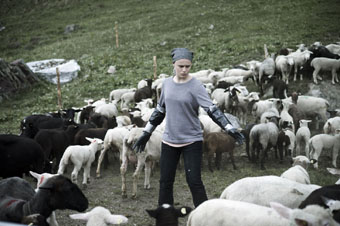 In the boot camp “Esperanza” in the Swiss mountains, therapist Geena takes in Anna. In the middle of the impressive and craggy landscape, this girl from the street is supposed to find new courage in life. But the hard reality of life on the street has made a fighter out of her, and she mistrusts any attempts of help she is confronted with …