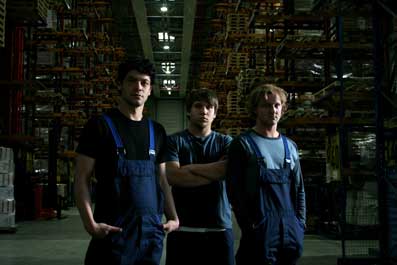 Today’s a very special day for Mark: finally, his best friend and colleague in the spare parts store of a major Swabian car manufacturer, Raff, will be released from prison. While inside, Raff, the former loudmouth and local hero, has become a thoughtful, anxious young man who wants to leave his old life behind. He’s hoping to fulfill his dream and open a tuning garage with Mark and JoJo, who completes the trio.

Mark, determined to help his shaken friend back on his feet, is enthusiastic. But very soon fate strikes and the three get caught up in a vicious circle of lies, fear and guilt that puts their friendship to a test it can only fail.