RAIN OF THE CHILDREN 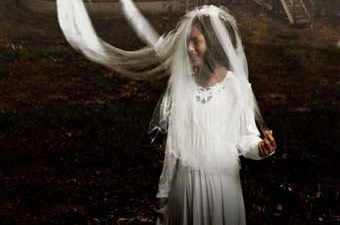 In connection with earlier documentations, the film traces, with documentary and fictive elements, the life story of Puhi, an unusual woman who at the age of 12 was chosen by the great Tuhoe prophet Rua Kenana to become the wife of his son Whatu. In 1916 a police commando attacked their village, arrested Rua and killed his son Toko. Fourteen years old and pregnant, Puhi fled into the bush, where she bore her first child. In the course of her eventful life, she had 13 children, most of which she lost. Puhi suffered through so many personal tragedies that she was not the only person to believe that she had been cursed. After her second husband was violently killed, all she had left was her schizophrenic son Niki, who she showered with love and was obsessively protective of – even beyond the grave.