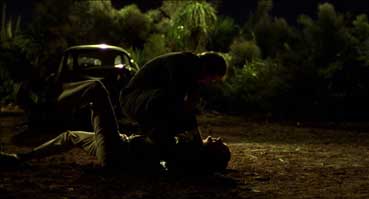 New Zealand, 1955. The world is in cold-war turmoil, James Dean has just died in a car crash, and Art is on his way home. When he stops to investigate an isolated rest stop he finds himself caught in a series of deadly accidents …