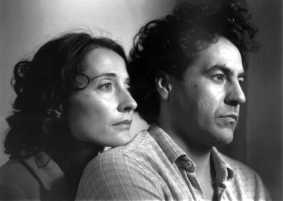 34-year-old Annika is leaving her husband, Nils, for the man of her dreams: Hassan, a 27-year-old Turk. But their bliss is short-lived. When Hassan, although innocent, is accused of murder, they have to lie low. It seems as if nothing could come between them. But Annika has a secret that could endanger her happiness with Hassan.