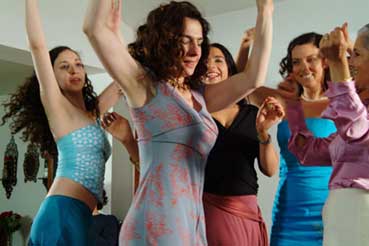 Sabah has just turned forty. A smart and beautiful Canadian Muslim Woman, she is unmarried and lives in Toronto with her mother. Her natural independence and passion have been dulled by years of devotion to her loving familie. Her brother, Majid, not only controls the women’s expenses, as head of family he also feels responsible for each and every decision the family take.

One day, Sabah starts escaping these close ties for a few hours here and there: She treats herself to a bathing suit and goes swimming. At the pool, she meets Stephen who’s tall, handsome, symphatic and, above all, definitely not Muslim. Their mutual attraction flowers and Sabah finds herself sneaking around like a teenager. But she knows that eventually she will have to tell her family the truth.