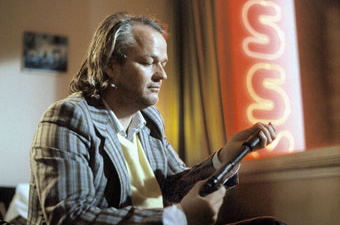 A man blackmailed by his ex-lover is asked to organise a weapon for a professional. Then the woman is found dead, murdered. An anonymous call alerts Kommissar Stoever to the identity of the killer. Soon he realizes there is a connection between the murder and the call. The Hamburg police succeed in smashing an arms dealers’ syndicate. But Stoever sees no reason in rejoicing – through his doing a love of a lifetime has been destroyed.