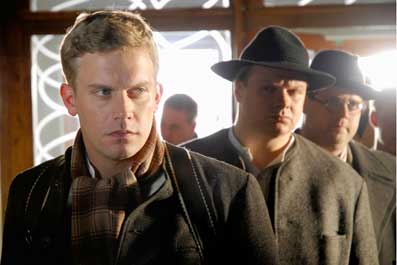 Garmisch-Partenkirchen 1952. Gamser, a hapless carpenter and wannabe bobsledder, is hell-bent on training for the national qualifying tournament for the Olympic Winter Games in Oslo – the first time Germany will be participating in the Olympics since the end of the war – along with his friends Franzl, Gustl and Leusl Peter. Dorfler, the rich brewery owner and nemesis of his childhood, who has always bested him since childhood days and is now the official world champion, is already competing as Germany’s first choice with his own team, made up of Basti, Kaspar and Toni. Having at long last duly arrived in the raw Norwegian clime, these German winter sportsmen encounter all sorts of political sports blunders and erotic confusions, while the tensions between the two equally capable Olympic teams grow to be unbearable.