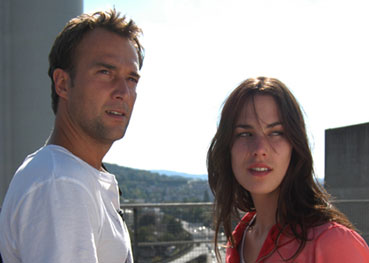 20-year-old Nico lives to party. She comes from an affluent family on Zurich’s Gold Coast and since finishing highschool has been focussing mainly on herself. Her father’s only interest is to make a name for himself and earn money as a banker and so he’s hardly ever at home. Her manic-depressive mother lives alone, unable to get to grips with life.

Nico spends her time bumming around in the local discotheque with her best friend, Wanda. Nico finances her extravagant life style by maintaining an affair with the club’s owner, Boris. Wanda, on the other hand, comes from a lower working-class background but is determined to turn her good looks into money. Nico is intelligent enough to see through her superficial way of life but too indecisive and insecure to change anything. One evening in Boris’ club, she meets Paco, the frontman of a Genevan Hip-Hop band …