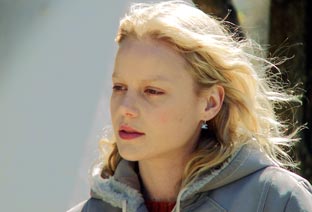 Not alone, but occasionally lonely is the life that 16-year-old Heidi leads with her mother and the latter’s lover in a small town in Australia. What she’s looking for is love and emotional security, but all she finds are short flings that don’t make her happier, either.

Following a row with her mother, Heidi escapes and takes shelter in a centre of winter sports in the Snowy Mountains to the south of Canberra. Hiding there is her liberation – finally there’s nobody she’s answerable to, nobody who tells her when to be home, nobody who treats her like a little girl. At first, she excessive enjoying her freedom in the local bars. On these forays she meets Joe, the son of a wealthy local farmer. Although he’s at first not overly impressed by this young girl who’s very much his junior, he gradually feels more and more attracted to her …