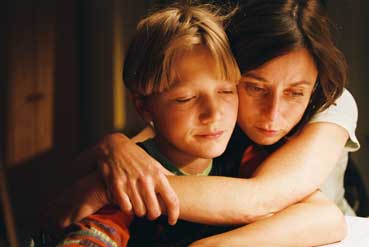 Summer in Berlin. Nike and Katrin, two girlfriends, live in an old apartment block. Nike has a balcony, Katrin has a son, Ronald drives a truck, Tina is a waitress, Oskar and Helene are old and lonely. Whether in the prime of their lives or towards the end, they all ask themselves the same question: Does love last? Or is it just a messenger in the brain that comes and goes? People live and love, and it’s still summer in Berlin.

Director Andreas Dresen staged the story of two girlfriends with an exacting eye and real feeling for his charaters. Sitting between heaven and earth on the balcony, they watch life in all its colourful difficulties, where the right men often turn out to be the wrong ones and where you get by more easily if you’re not just pretty but strong as well.