SONGS OF LOVE AND HATE 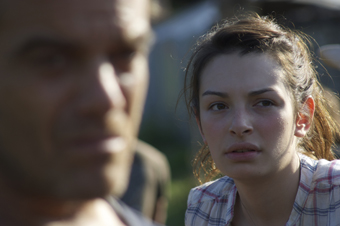 The winemaker Rico lives with his wife and two daughters at the foot of the Alps. The enchanting young Lilli stirs up the family’s once peaceful existence with her budding sexuality. A child is becoming a woman and the father’s glances lose their innocence. Shocked by his own reaction, Rico rejects his daughter. His suppressed desires however torture him and the rejected daughter takes unusual steps to regain her childhood paradise. Her father becomes witness to her brutal game and because he simply doesn’t want to believe what is happening, and unconsciously feels guilty, he becomes her accomplice. The mother tries to understand what has happened to her husband, who becomes increasingly moody and distant. Her daughter’s coldness is unsettling. Lilli’s younger sister is the only one in the family unaffected by the whole situation. With the outsider Ronny, she experiences the pleasure of light-hearted first love. But the situation becomes disastrous and inevitably the whole drama runs its course.