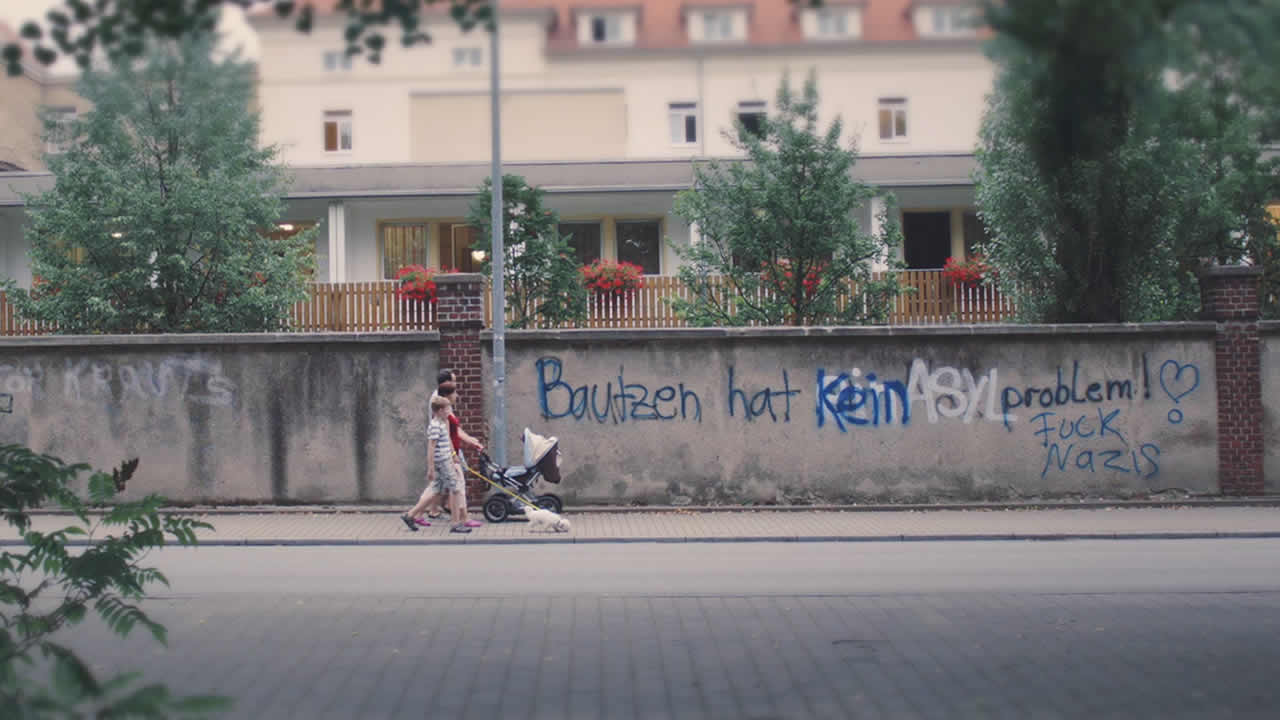 The Spree Hotel is a former four-star hotel in Bautzen, a town in Germany’s most right-wing region. It was restructured into housing for asylum seekers. The sign “Reception” still hangs in the foyer and surveillance cameras behind it; the building is fenced in. A microcosmos in both its positive and negative characteristics which reminds us of a lively village and where the former hotel owner Peter Rausch, the social workers Steffen, Uwe and Firas and the refugees all live together.

The Ethiopian-Eritrean couple Ykram and Abrha have been living at the Spree Hotel for seven months. Rami from Syria has been there for ten months. Ahmed, the young Iraqi, has been there for over 11 months. Zarema from Ingushetia has been at the Spree Hotel with her five children for nine months, and Mustafa, a Palestinian from Syria, will soon receive his acceptance documents.

The shimmering summer heat underscores a feeling of eternal waiting and mirrors the creeping, uneasy feeling of “the calm before the storm”. Today, one year after the shooting of SPREE HOTEL, this unease is confirmed in the right-wing attacks in the area and shows the continuing volatility of the topic.