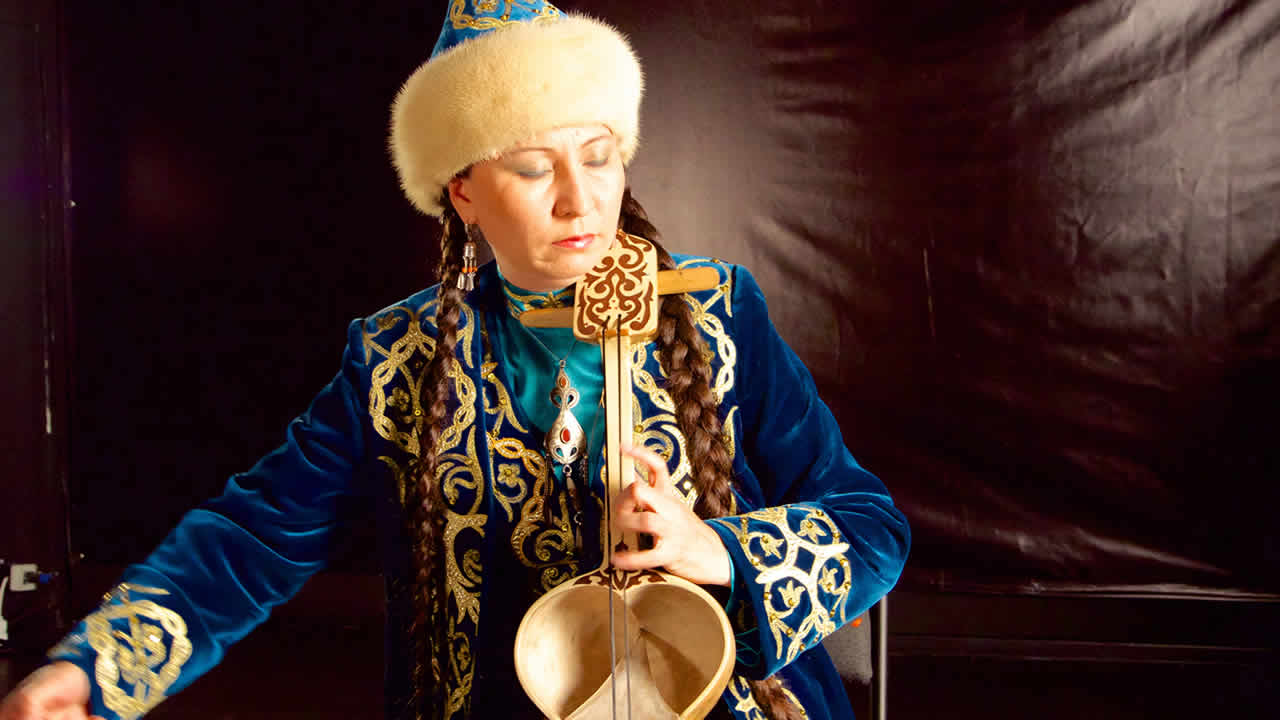 Passing clouds, mountains on the horizon, the sun grows bigger and bigger behind a mound of snow. A woman’s voice sings a song, she belts it out. The musician and composer, Marc Sinan, a German Turk, goes in search of the epic Book of Dede Korkut, about the legend of the rape and defilement of a nymph. Her tormentor was an Oghuz Turk. The nymph becomes pregnant. When the child is born, it is stoned by a shepherd for so long until it becomes a monster, a cyclops.