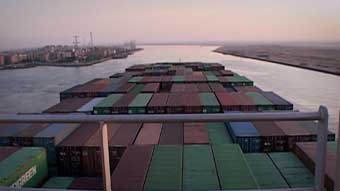 Who of us hasn’t been in a harbour and watched the coming and going of ships? Cruise liners, bulk freighters, oil tankers and container vessels. They don’t spend long in the docks before they set sail again and disappear on the horizon. But what happens then? Ships are designed to spend more time at sea than in the docks. But what does life on a modern container vessel look like when your place of work becomes home for several weeks?

The film accompanies the crew on one of the largest container vessels on her journey from Europe to China and back and, during these 56 days at sea, reveals the solitude of modern seafaring and the slowness of travelling.