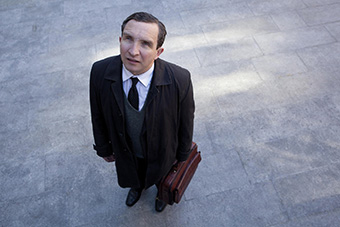 A funeral in South London. John May is the only person to honor the deceased. It’s his job: John is a council worker whose job is to find the next-of-kin of those who have died alone. Meticulous to the point of obsession, he goes beyond the call of duty to see a job through. Only when all leads have been checked and all doors shut, he organizes the funeral of his forgotten “clients”, for whom he chooses the appropriate music and writes eulogies which no one but him will hear.

Over the years, his job has become his life. When his department, however, is downsized, John loses his job and is devastated. But one last case gives him the opportunity to prove his abilities. On a mission to investigate his neighbor, the deceased alcoholic Stoke, John takes off on a journey that leads him across England – and back to his own life.