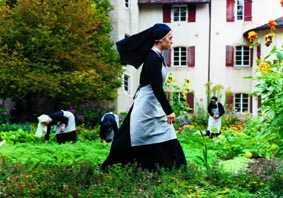 Working in a centre for the homeless, Antonia (27), a deaf nun, has to travel from her convent to the city by train each day. She encounters Mikas (30). A fascinating new world opens up for her because Mikas is also deaf. These two people, so different from each other, are able to communicate in their common language – sign language. Antonia and Mikas fall in love. However, Antonia is not aware that Mikas is merely pretending to be a circus artist and has in fact come to Switzerland to make money as a pickpocket …