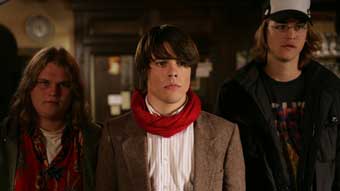 The film tells the story of three unusual friends searching for recognition, adventure and true socialism, on the run from calendars and reality. Apocalypses and sunsets. Seneca’s sentences and Bavarian aphorisms, between meaningless meridians, where the Romans once built walls. One whole day in Lower Bavaria; days that are like years.