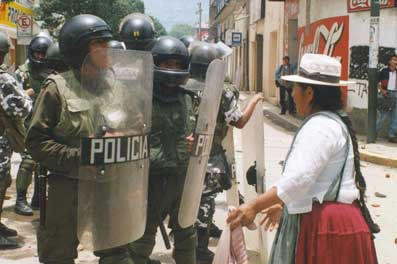 Privatization – for Minda in Manila, Bongani in Soweto and Simon in Brighton it’s more than an abstract notion but rather the life-threatening reality they have to deal with every day. This episodic documentary examines the consequences of privatization – often demanded by institutions such as the World Bank and the International Monetary Fund – on real-life individuals in various parts of the world.

NO NAME CITYWALKING TO WERNER