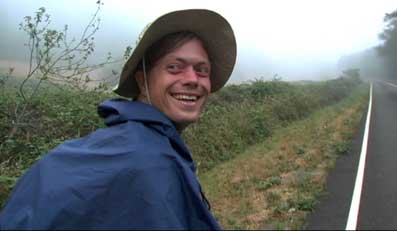 In winter of 1974, German film director Werner Herzog walked from Munich to Paris to see his dying friend, film critic Lotte Eisner, hoping that by making the journey on foot he would somehow force her to stay alive. In summer 2005, hoping simply to meet the man who had inspired him to make movies, actor/filmmaker Linas Phillips made his own pilgrimage, walking 1,200 miles from Seattle to Herzog’s Los Angeles home.