THE MOST FUN YOU CAN HAVE DYING 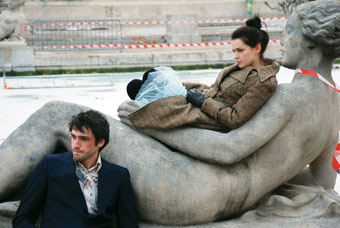 Michael has a pretty sweet life. His girlfriend adores him, his best friend David is loyal to the end, plus David’s girlfriend doesn’t mind a quick one-night-stand either.

But Michael’s self-regarding lifestyle comes crashing down when he is diagnosed with a terminal illness. Desperate not to let his life just fade away, Michael steals the $200,000 raised for his screenplay and catches a one-way flight to London. He isn’t there for long before his nerve and sense of humor earn him a vicious beating in a back alley. Waking up cold and bloodied, he finds himself being watched over by the ethereal Sylvie, a mysterious French drifter. They fall head over heels in love and attempt to outrun death itself.